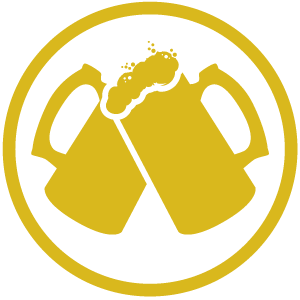 Real rough and tumble boys, these lads. You’re never going to meet yourself anyone more likely to knock you down into the dirt, mark my words. Tough, thick skulled bastards that love to brawl. But you know? For all of that, they’re all right by me. They’re just playing the game and they don’t take liberties with it none. I’ll go ten matches with the Drunks over one with the Meatheads or the Spooks, bruises and all. Play against ‘em one day, and you’ll see what I mean. They’re all aggressive and up in your face on the pitch and after will sit down to drink with you like you’re old comrades.

The current Drunks are nearly all from over Raedland way, around Maldriven and beyond. Considering how hard some of their predecessors have been, they’re a fun bunch. Decent in their own way. You wouldn’t remember, but before them was the lot from Erskirad. Far too serious for their own good, like their ale had grown stale long since. No one was sad to see the back of them. Let’s just hope that the Maldriven Whiskey houses keep their hold over the Brewer’s Guild for a long time to come, eh?

Brewers are tanky. Plain and simple, they’re great at soaking up damage, but their play style is more than just taking hits. They’re also fantastic at dishing out the damage too. They excel in the late game since they’ll still have more health left than any other team by then, but their mid-game is also strong due to their knockdowns and board control.

Brewers generate the most momentum when pushing opponents in to and out of position with buffeting blows and plays. Relatively slow up and down the field, the Brewers rely on long reach weapons and easy access to pushes and knockdowns, thereby giving them huge board presence and control. They skew towards beating the opposing team up over scoring goals, but they do have a couple of great strikers who can grab goals if the game swings in that direction.

The Brewer’s Guild are for coaches who enjoy playing teams that can take the first hit and hit back even harder.