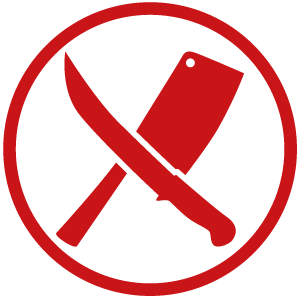 Who are they lad? That team there? That’s the Butchers and you don’t want any part of them if you can avoid it. They’re a real heavy set. Killers, every one of them, even the kid over there; he probably doesn’t even know it yet. But if those swine are willing to take him on, you can bet that they’ve seen it in him, even if he hasn’t.

Don’t mess with these lads young blood. You can run around them all you want, think you got their measure, staying just out of reach of a brute like the Ox, but you’d best pray to whatever gods you call on that they don’t catch you. It hurts, trust me. And probably not one of your shipmates are going to be able to help you if they do get you. A Meathead don’t need too long to waste anyone. I’m too old and wise to have made friends in this game, but if I had, I’d have seen plenty of them go home in wooden boxes after playing these guys.

You’re just meat to them. Weak, tender, soft meat. And they’re the Butchers.

The Butchers playstyle is pretty straightforward; they want to beat the opposing team up as hard and as fast as they can! They excel at damage output and generate a lot of momentum through combat and damage effects. They have a number of buffs to help the team move faster, but most of their buffing comes by increasing damage!

That’s not to say that they don’t have some surprises up their sleeves - characters like Shank and Boiler can pop up and surprise you with their goal threats if you’re not careful, but the focus of the team is definitely smashing the opposing team into the ground as quickly and brutally as possible.

The Butchers excel in the early game, since their damage output is among the highest in the game, but they’re personally rather fragile.