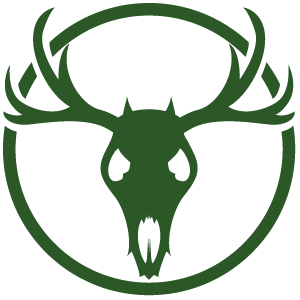 The Hunter’s Guild is one of the oldest Guilds out there, been plying their trade for hundreds of years. They just don’t have Guild houses like anyone else, nor trade their services in the cities. And until now, they’ve never had a Guild Ball team neither.

Your average Hunter is a real strange individual. They believe in the old gods, the Moon Goddess and Sun Father; the whole Guild is built around their worship. The Moon Goddess is the mistress o’ the hunt, the one they all offer their praises to for their work. She blesses them to steal from the Sun Father, who nurtures the world.

They’re dangerous, young blood. Every single one of them bears respecting. Each has lived a life of tracking, pursuing, and killing beasts far more feral and dangerous than you or I have ever seen. They bring a different set o’ skills to the game, something we’ve never seen before. I won’t say that any of us were looking in their direction and dreading this day, because we weren’t.

But believe me; we should have remembered them and their old ways, young blood, because now they’re here to stay.

The Hunter’s Guild are a guild focused on speed and control. They’re adept at softening enemy players up over the course of a game, before leaping in for the kill.

The Hunters use a variety of traps and snares to cover the pitch, creating areas where their opponents are loathe to go for fear of falling in a deadly pitfall! The guild lean towards take outs, using their strong ranged game to weaken and pin down the opposing team while they circle like wolves.

The guild doesn’t have a particularly strong footballing game, but their speed and freedom of movement around the pitch can snag them opportunistic goals while the opposing team struggles through a hail of arrows.

As a result of their pace and manoeuvrability, the Hunters are more fragile than many teams, and rely on controlling and taking out the biggest threats before they can become an issue.

The Hunter’s Guild are for coaches who love forcing the opponent to play at their tempo and can carefully set up enemy players before going for the throat!