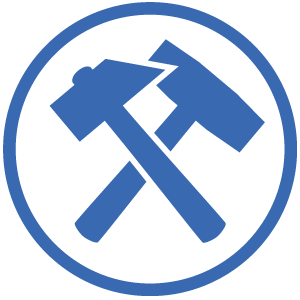 The Mason’s Guild has always existed in a position of enviable prestige throughout the Empire of the Free Cities. Admired even before the Century Wars; they were propelled to the heights of power that all guilds inherited at the end of that bloody conflict. After all, what king can rule without a palace? What city is secure from invasion without walls to protect it? In the early days, many of the other guilds survived in the pockets of the Mason’s Guild who constructed the most magnificent and architecturally astonishing of the greater guild houses.

Power came with a cost however and the Century Wars had a sting in the tail for the Masons. After an initial investiture of capital in battlements, forts and barracks across the Sovereign States, expenditure was diverted and spending prioritised on the upkeep and training of the immense armies that marched forth from each city. As the initial hope that the conflict would expire in timely fashion dwindled, so too did the fortunes of the guild.

The slow restoration of the guild would mean a timid start once Guild Ball was established and for many years, the Mason’s Guild was a relative unknown on the field of play. It remained so until inter-guild politics conspired to create a new Master Artificer at the head of a new ruling house. Rankled by the lack of esteem and prominence amongst the guilds, new drive was put into creating a formidable Guild Ball team that would stand against their rivals and propel the Mason’s Guild back to their rightful place as one of the most powerful throughout the Empire of the Free Cities. Significant investiture from the newly emboldened financiers and a fresh influx of talent followed and in 14c the Mason’s Guild surprised the world, beating the Butcher’s Guild with a one sided clean sheet in the season’s grand final.

Masons’ play style is all about balance and subtle flexibility. They have strong but not outstanding offensive and defensive options available to them. With a good mix of buffs and debuffs forming the foundation of their combo play, they need each other to excel.

They are equipped to play well during all phases of the game without a definitive focus on any key area, which is why they are the most flexible team to play. They have the tools and the play style to adapt to every situation, as long as you can piece them together properly. They don’t lean towards goals or take outs and they’re not truly exceptional at either, but they have a strong capability for both. The Masons are the jack of all trades Guild, not as powerful in any one area as many other Guilds, but with the ability to play strongly in all areas of the game. Because of this, they’re also the Guild most able to think on their feet and switch up their game plan halfway through a turn, when many other teams have already committed.

The Masons are a guild for coaches who can see and build combos, and are adept at adapting to any situation.