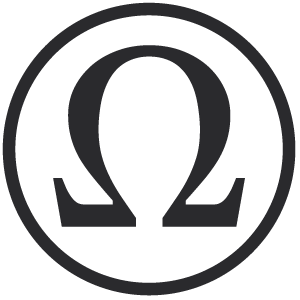 Real old guild, the Mortician’s. Been around in pretty much most parts longer than anyone else. Guess if there’s one certainty in this life, its death, eh? Not that you’re going to catch one of them with my body when my time is up, young blood. Nope, plain and simple burial at sea for old Greyscales, just like the gods always wanted. This business of interfering with the dead and not letting the elements take them how they choose is all wrong, if you ask me. The Lords of the Deep washed me ashore and can take me back again when I’m done.

Everyone hates playing them. There, I said it. Not one team out there that can’t find something to not like about ‘em. Whether it’s the blasted birds pecking at you, the creepy bitch with the eyes, or that big freak o’ theirs. Plenty not to like. That’s just the current team; I’ve been playing a long time and they haven’t never been any different. Players come and go, but whoever they are they’re always there to trip you up, to second guess you, block your plays and then gang up on you. Most of the time you play them, it’s not about you doing what you want to do out there, it’s about forcing them to let you do it. Sounds easy? It’s not.

Goes without saying of course that you don’t want to let yourself get wasted by one of them if you can avoid it. Some of ‘em don’t seem too much like they’ve got any morals or control. Odds are even a Butcher Meathead is going to leave you alone if he takes you out, but the Spooks? Well, best not let yourself find out whether you’re going to get lucky, or be their next customer, if you catch my drift?

The Morticians play style is about planning and execution. They control play with a huge amount of influence at their disposal, along with their plethora of abilities to move their opponent’s models around. Mid-game is where they really shine - once well laid plans have turned to mush, Morticians can begin to dictate the play.

The Morticians are the premier control guild in the game, their main game plan is to figure out what the opponent is trying to do and ruin it for them before enacting their own malicious plans. Playing against the Morticians is a mindbender, with almost every model having a rule that makes them difficult or costly to attack. Sometimes the Morticians even benefit from you hitting their players!

The Morticians have the highest number of nasty tricks, underhanded ploys, and dirty plays available in the game, and they’ll utilise all of them to the fullest in order to bamboozle their opponents.

The Mortician’s Guild is for coaches who like to dominate and control the game by playing mind tricks on their opponents.