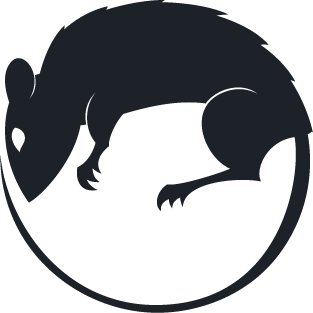 The Ratcatchers? Tiny Guild, three or four old men lording it over a handful of cities, that’s all, lad. They pay contracts rather than keep their own trappers - but it’s who they’re in bed with that really rankles.

Wouldn’t like to guess whether it was the Ratcatcher’s Guild who took the first step into the depths, or whether it was the scum who came to them first. I don’t suppose it really matters. There are some people you don’t want to empower, and the denizens of the undercities are definitely amongst them. Most have survived for years as petty thieves, whores, or pickpockets, and they would be considered the most respectable of their brood. Go further down and those shadows hide murderers and outlaws, men and women with a past bloody enough to make a Butcher blush.

And now? Thanks to the sponsorship of the Mortician’s Guild this horde has spilled into the light of the sun, come to dirty our pitches with their filth. Never thought I’d hear myself say it, but I’m glad for once old Greyscales isn’t here, so he doesn’t have to see it.

Vermin, that’s all they are. Filthy, disgusting rodents, more akin to their quarry than to men like you or I.

The Ratcatchers are a Minor Guild tied to the Morticians by back alley deals. As a Minor Guild, some of their players can crossover and play for the Morticians too. As a result their playstyle mirrors their parent Guild, with a focus on nasty tricks and nonsense! They love scoring goals, and come equipped with an array of disagreeable ploys to let them do so. They have abilities which force the opposing player to make a choice between which bad thing they’d like to happen to them. As the Ratcatcher player, you can sit back and watch your opponent try and work out their least-worst option!

This is coupled with a huge number of abilities that allow them to push the enemy team around, move friendly models, and spread their unique disease condition. This condition makes it harder for the enemy team to heal their models, allowing the Ratcatchers to grab some opportunistic takeouts on their poor, sick opponents! They’re at their best in the mid game, when disease starts taking its toll, the ball comes out into play, and their numerous control abilities start wearing down their opponents.

The Ratcatchers are a guild for coaches who love underhanded tricks and control abilities, and using those abilities to score goals all day long.