THE FIRST ORDER OF SOLTHECIUS 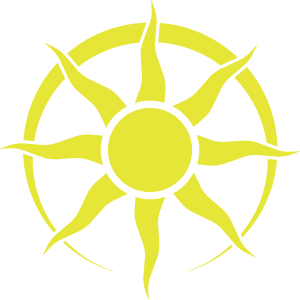 The Supreme Order of Solthecius? Pfft, those lads have some gall floating around a lofty name like that. To watch them strut around the pitch with all their airs, I think they believe it too. What a crock of shit. I’ll call them what they are – damned mercenaries and outcasts to a man, that’s what. No matter how good they play, they’ll never be able to hide that truth from veterans like me.

I don’t think anyone on the pitch is blind to what the church is doing, buying up faces that people in the stands recognise. With no history behind them, they couldn’t very well drop a team into the big leagues and expect a following overnight, after all. Still, it hasn’t made them any friends, believe me. There’s a reason most of their number were able to jump ship from their old teams, and it’s no secret most were pushed.

Bad combination, that. An institution universally hated by the Guilds – and their team full of men and women most would rather stick with a knife than shake their hand. That might sound hard, lad, but go ask any of the Butchers about Brisket, you’ll see what I mean in a hurry.

History of The Order

The Supreme Order of Solthecius are new players on the block. Funded by the Solthecian Church to undermine the power of the Guilds, and responsible for the Union’s fall from power, they’re deeply hated by the Guilds.

None of that stops them, however, the holy crusaders filled with the light of their god and the will of His Church. They mostly play Guild Ball ‘fair’, rather than having a variety of dirty tricks and nasty surprises, they focus on having excellent goalscoring abilities. Most of the team is focused on grabbing the ball from their opponents and smashing it into the goal as quickly as possible. That said, they’re hardly defenceless. They generally don’t have quite the same speed as other goalscoring teams, but they have strong defensive stats, and they’re backed up by some absolute bruisers who’re very capable of crushing some heathens into the pitch if they get too close to the team’s strikers. The Order are strong in the early game, when they can use their goalscoring abilities to dive in deep and score early goals.